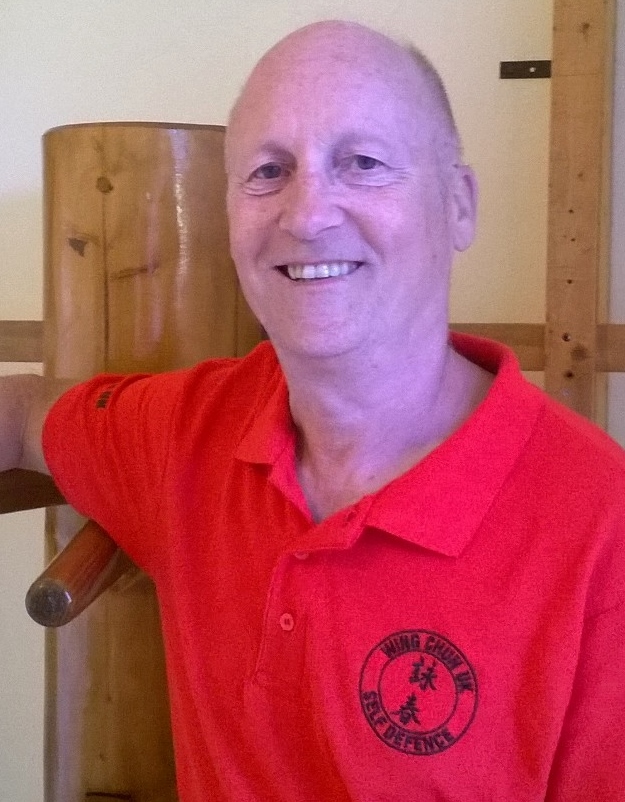 I started in Martial Arts in 1983. Like many others with Karate as that was the most common Martial Art available in most towns. I trained 2-3 times a week for some years until several frustrating injuries forced me to stop.

After a period of rest I began learning Aikido until, in 1993, I saw a documentary that had amongst its featured Martial Arts one called Wing Chun. I immediately recognised that this was worth investigating. Joining a club I became totally engrossed. And, from the start was training three to four times each week with the National Wing Chun Association. In 1997 I competed and won a gold medal in the light weight class at WOMAT, The World Open Martial Arts Tournament. 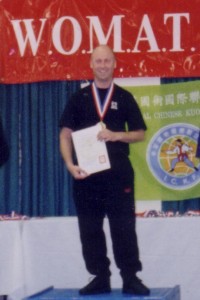 I began teaching Wing Chun in 1997 and went full time from 2004. Since then I have trained in and taught three very different styles. Similarly to Sifu Ed Pettitt. We both really recognised what worked and what didn’t and subsequently this led to us developing the system further bringing us to the functional system that we now teach.

We travelled and trained many times in Germany. In this photograph we are taking a break with some members of the elite GSG9 hostage rescue specialists who we were receiving training from. 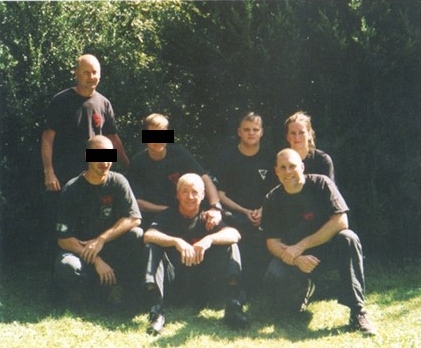 Another historical picture. Receiving my second Technician from Grand Master Leung Ting April 2002.  Later achieving third Technician in April of 2005 through EWTO. Sifu Ed Pettitt and I now settle at 5th Technician within the system we have developed.

I still have my passion for training and regularly meet with my very good friend and Wing Chun partner Sifu Ed Pettitt . We meet at least two days each week to practice and grow in what we do and further develop the system.

It is always a pleasure to see students develop and advance. To watch each individual grow in ability and in confidence fills me with pride. 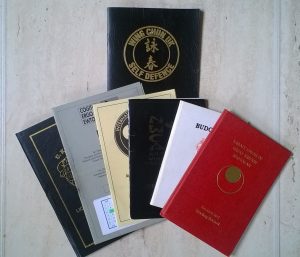 All my original licences includeing the different mergers

Back to Club page